Home » About Us » Company Information

Central Conveyor Company, a member of the Tsubaki Group, is a global leader in the automotive and industrial industries, specializing as an integrator of conveyors and material handling systems since 1993.

The company has facilities in Michigan, Alabama and Missouri and provides its services throughout the United States, Canada and Mexico.

In June 2018, Tsubaki acquired Central Conveyor and its subsidiaries through its wholly owned subsidiary, U.S. Tsubaki Holdings, Inc. (“USTH”).  Tsubaki is a publicly traded global company that recently celebrated its 100th anniversary and has 40 manufacturing sites around the world with annual sales of over $2 Billion.

For more information about U. S. Tsubaki please visit www.ustsubaki.com. 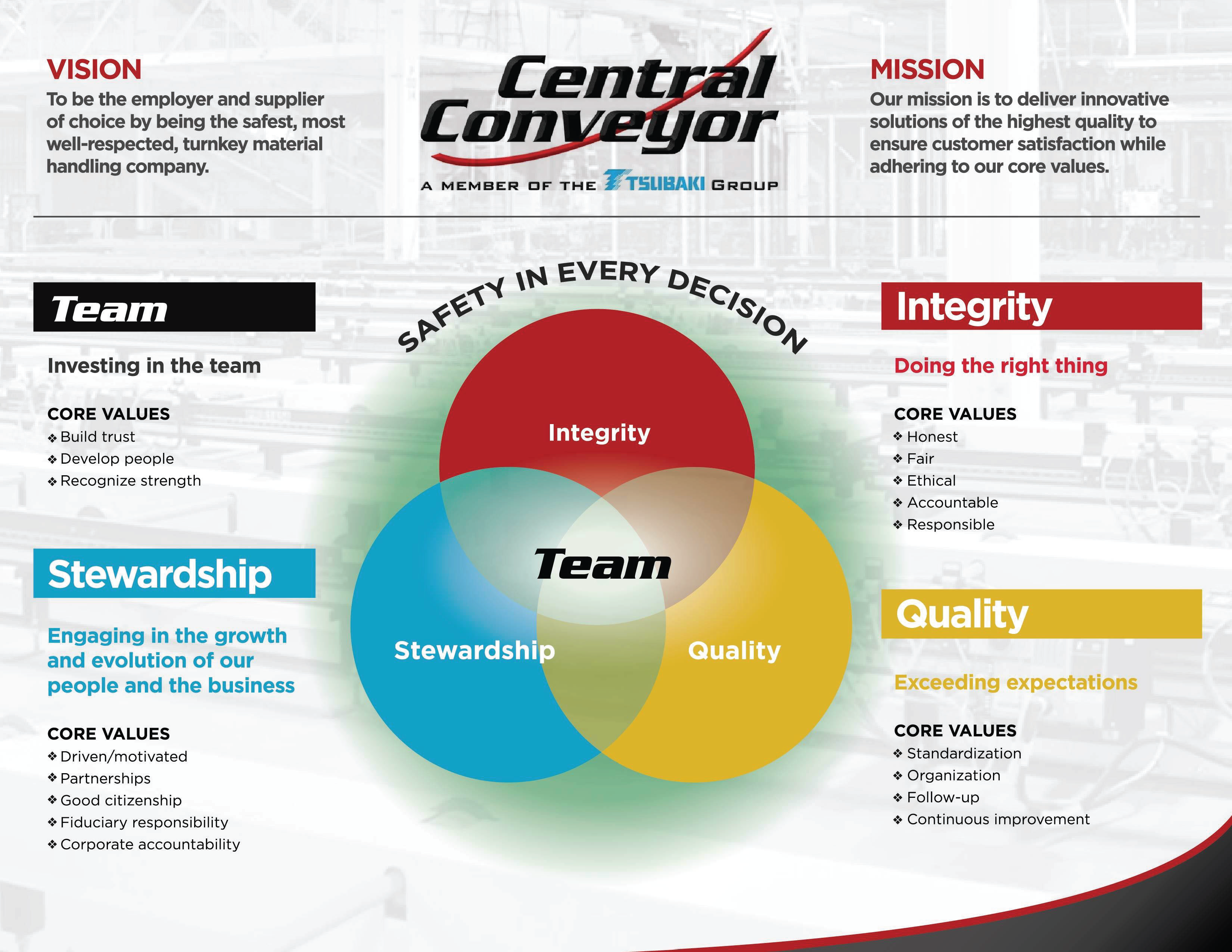